A few weeks ago, a friend of mine asked me to watch her darling little girl while she had a doctor's appointment. She is about 9 months older than Holly, and I knew the two babies would have a good time together. 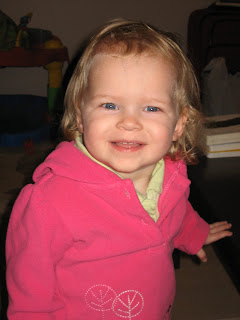 Leah was pretty excited to come over and play. 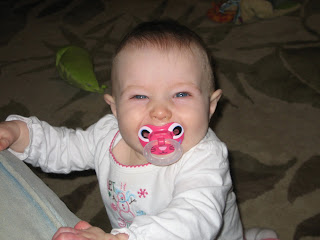 Holly was thrilled. The entire time. 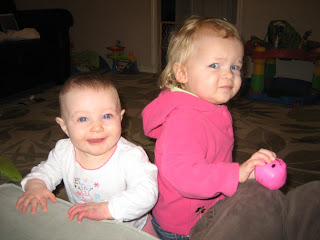 These two little girls were so fun to watch. Holly was eager to share her toys with Leah, and Leah did not want Holly to have any toys. Holly didn't mind, though. 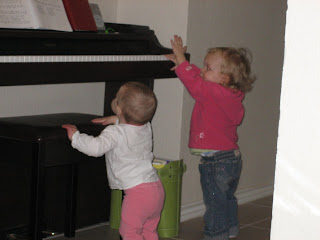 This is how the majority of the morning went. Holly followed and copied Leah in whatever she did. They played hard and had a great time. And they were so fun to watch! It will be fun when Holly has a sibling who she can play with like this.