A few weeks ago, I went out to lunch with some friends from college who I hadn't seen in awhile. Holly naturally started to get antsy and fussy after a little bit, so I tried a little experiment and gave her the lemon slice from my water. What ensued was hilarious. 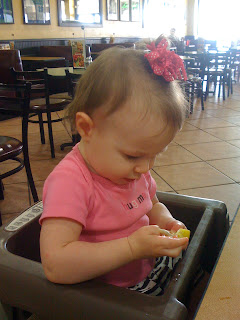 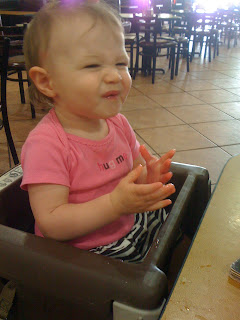 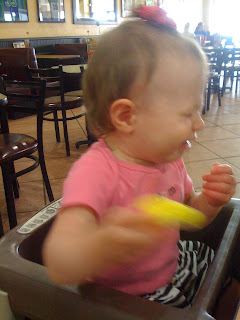 Some of the pictures are blurry, but you get the idea. Holly hated how sour the lemon was, but she couldn't NOT eat it! A few days later, Andrew and I were out to dinner with Holly and I showed him her little trick. All three of us couldn't stop laughing. So...this is our twisted form of entertainment at restaurants now. Holly expects a slice of lemon now, and none of us can get enough of it!